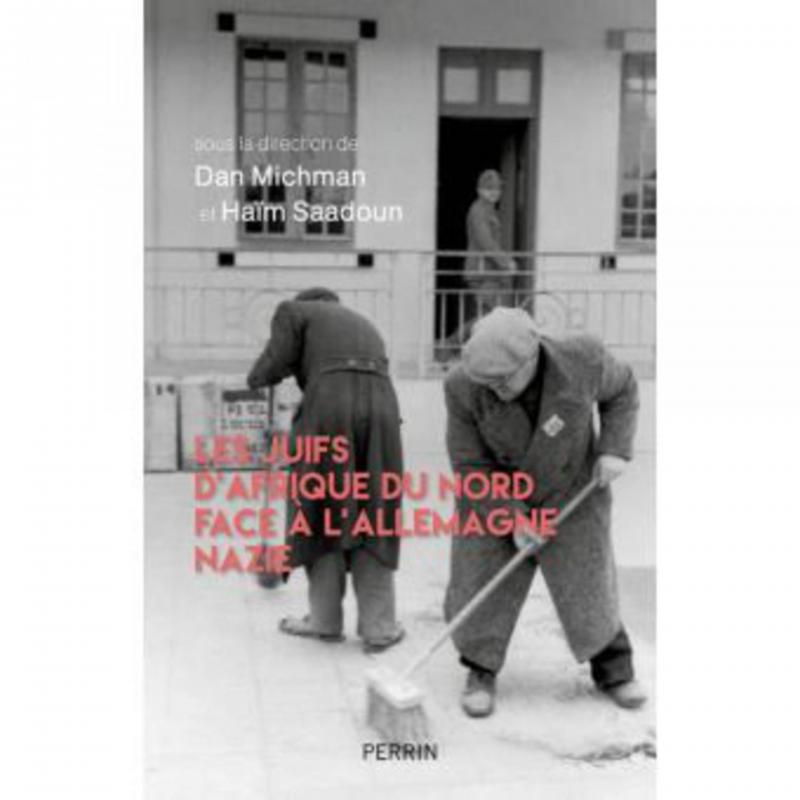 The editors adopted a geographic approach to Shoah history, while the Holocaust was a political state-sponsored as described by Peter Longerich, and Leni Yahil. Yehuda Bauer, academic advisor at Yad Vashem. Facts:

The persecution, deportations, and murder of the Jews in Vichy North Africa (France's territories of Vichy Tunisia, Vichy Morocco and Vichy Algeria), ruled by the pro-Nazi collaborationist French Vichy and Italian regimes and Nazi Germany (Vichy Tunisia and Italian Libya), were an integral part of the Shoah in France and Italy respectively, and thus part of the Shoah in Europe.

NORTH AFRICA ceased to exist as a political entity.

“FRANCE ON BOTH SIDES OF THE MEDITERRANEAN” - Renee Poznanski, expert the Shoah in France.
"FRANCE, INCLUDING NORTH AFRICA. 648 of Peter Longerich's Himmler - A Life. "On 10 December, Hitler instructed Himmler, to 'get rid of' the 600,000 to 700,000 Jews in France, including North Africa."

Michman does not mention this newest book.

France was a transcontinental "empire nation" consisting of metropolitan France (the part of France in continental Europe) and overseas France (the part of France outside the continent), including Vichy Tunisia, Vichy Morocco and Vichy Algeria. June 1940: 700,000 Jews came in the German sphere of influence - about 300,000 in metropolitan France and 400,000 in Vichy North Africa.

Leni Yahil's The Holocaust - The Fate of the Jews of Europe (Hebrew version)/European Jewry in "The Jewish Policy in the Occupied Countries of Northern and Western Europe" narrates the persecution of the Jews in Vichy Tunisia/Algeria/Morocco her paragraph about France. Michman doesn't mention that.

WANNSEE CONFERENCE AND 'FINAL SOLUTION.' "In January 1942 a conference was held in Wannsee, a suburb of Berlin, in order to coordinate the implementation of the “Final Solution of the Jewish Question”, the codename for the plan to murder all Jews within reach." - Yad Vashem's website.

SHOAH IN "EUROPE, INCLUDING THE NORTH AFRICAN COLONIES"
The Shoah in Europe was indeed a political "state-sponsored" process not limited to the geographic borders of continent but included "VICHY North Africa" as stated by the United States Holocaust Memorial Museum. The Shoah took place in “Europe, including the North African colonies" as "per the European Holocaust Research Infrastructure. After all, Hitler himself defined Europe as "the European nations and their overseas territories, while he emphasized: “Europe of today was nothing but a geographical term.“

In history, background and context matter.” It is imperative to “perceive past events and issues as they might have been experienced by the people of the time, with historical empathy rather than present-mindedness.” - History’s habits of mind, The National Council for History Education - NCHE. How a Holocaust scholar approaches the evolution of political events, assembles historical evidence, and contextualizes them by using a precise terminology, are very important decisions within historiography, because they determine the quality and the accuracy of the historical account.

In the Holocaust in Europe, the Jews of Denmark, Vichy Tunisia, V. Morocco, V. Algeria were spared the mass deportations that took place in the rest of Europe.

"SHOAH, THE JEWISH HOLOCAUST, was the ideological and systematic "state-sponsored" "persecution and murder of Jews," in the Nazi attempt to annihilate the Jewish people, and resulting in the murder of six million Jews and the destruction of hundreds of Jewish communities in continental Europe, as per Avner Shalev, Chair of Yad Vashem -YV), Yehuda Bauer, its academic advisor, the USHMM, Peter Longerich (title of his 2010 book The Holocaust: The Nazi Persecution and Murder of the Jews) and the historical realities of the Shoah.

Edith Shaked, Advisory Board Member, H-Holocaust, an international academic consortium/H-Net's Network for scholars of the Holocaust